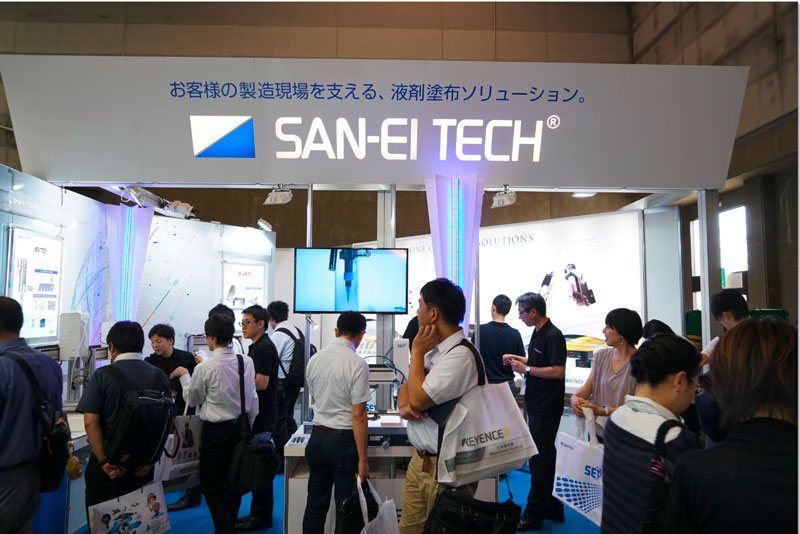 Numerous preeflow products were exhibited at the booth: In addition to the one-component dispenser eco-PEN, a two-component dosing system consisting of eco-DUO including controller was presented, which turned out to be very successful afterwards. Mickey Tsunoda from SAN-EI TECH exhibited at NEPCON: “Many visitors were interested in the one- and two-component dispensers. Especially the two component products were very well received and we were able to win some potential customers”.