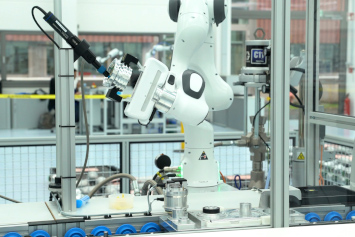 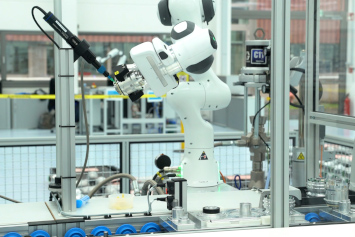 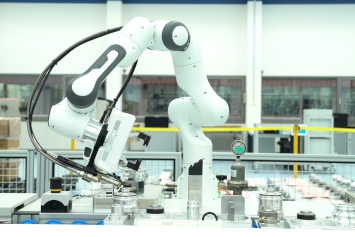 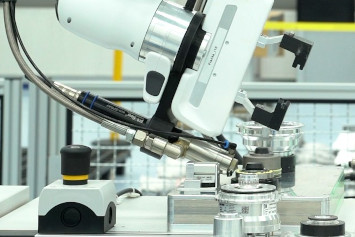 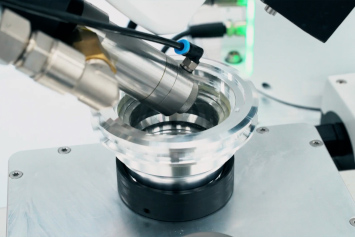 TQ Systems, in Durach, manufactures collaborative robots that assemble themselves - among other things, with the help of preeflow dispensing technology. The precise eco-PEN and eco-SPRAY dispenser systems take care of the lubrication of gears, for example. The basic idea of letting the robots build themselves arose at TQ from the question: There is manual production and full automation - but what is in between? How can companies become more productive while remaining flexible and cost-effective?

The lightweight robots are perfect for partial automation. They make an impression with their ability to detect forces, as well as their simple usability. TQ Systems customers can "program" the robots themselves. This keeps them flexible and allows them to easily adapt the steps for new products - due to a user interface that resembles a cell phone application, the robot arms can be "reprogrammed" very easily: With individual function blocks that are connected in series. Anyone who can operate an iPhone can also operate these robots. TQ’s customers are not primarily integrators, but technicians and assembly workers without programming skills. In other words, typical SMEs who want to automate without too much financial investment. The focus is always on functionality and operability.

Until Franka Emika developed the collaborating robot, and TQ Systems took over the production, no robots were used in production. Automation had simply not been worthwhile. Ever since May 2017, TQ has had a classic manufacturing contract with Franka Emika; and in the process, it was recognized that it can very well be worthwhile to use these robots to advance one's own automation. The result is a highly productive line. The employees at TQ acquired the necessary knowledge for this themselves.

The following steps are implemented by the robots:

Due to the cooperation of the robots with the proven preeflow dispensing technology, both spray application and greasing are now clean and process safe. The precise micro-dispensing systems were already in use at TQ as axis portal for various customers. Until now, they have not been used in combination with the robots. But due to the well-earned experience with the dispensing systems in various customer applications, both systems were combined with each other: The specification for the dispensing technology to be used was a dispensing that had to be accurate to a tenth of a gram. And it had to be absolutely reliable and repeatable. This is what Sören Brüchmann, business unit manager of TQ Robotics, has to say on production before automation: "Essentially, we had a manual production in which lubrication had to be implemented very precisely. One employee applied grease in the tenth of a gram range using a time-pressure system and with the help of a scale". But this was exactly where the weak areas were: On the one hand, there was the issue of speed. The purely manual application and control via a scale often resulted in time delays. On the other hand, there was the issue of dispensing precision - where on the component should the grease really be applied? This was a particularly important step, but it could not be done by hand with such precision. Hence the approach: How can this step be automated? Either with regard to the exact application quantity, or in view of process accuracy and ultimately the quality of the end product. "Our goal was to use the preeflow dispensers to dispense the materials with absolute repeatability and to apply the exact dispensing quantity in exactly the right place". Brüchmann continues. Due to their experience with preeflow, TQ was able to convince itself of the quality and reliability of the dispensers early on and knew that the dispensers were perfectly suited for its purposes. The targets were met and implemented perfectly.

At the moment we use an eco-SPRAY and an eco-PEN dispenser, as well as flowplus and flowscreen dispensing technology. In addition to the positive experience with the precision dispensers, the issue of regionality also played a role in the decision. preeflow products are "Made in Germany", just like the robots, which are developed and manufactured by TQ in Germany. "We would like to use regional, high-quality systems that deliver what they promise - that's why we chose preeflow," says Sören Brüchmann.

The following video gives an insight into the production processes at TQ, which were automated using the preeflow dispensers: